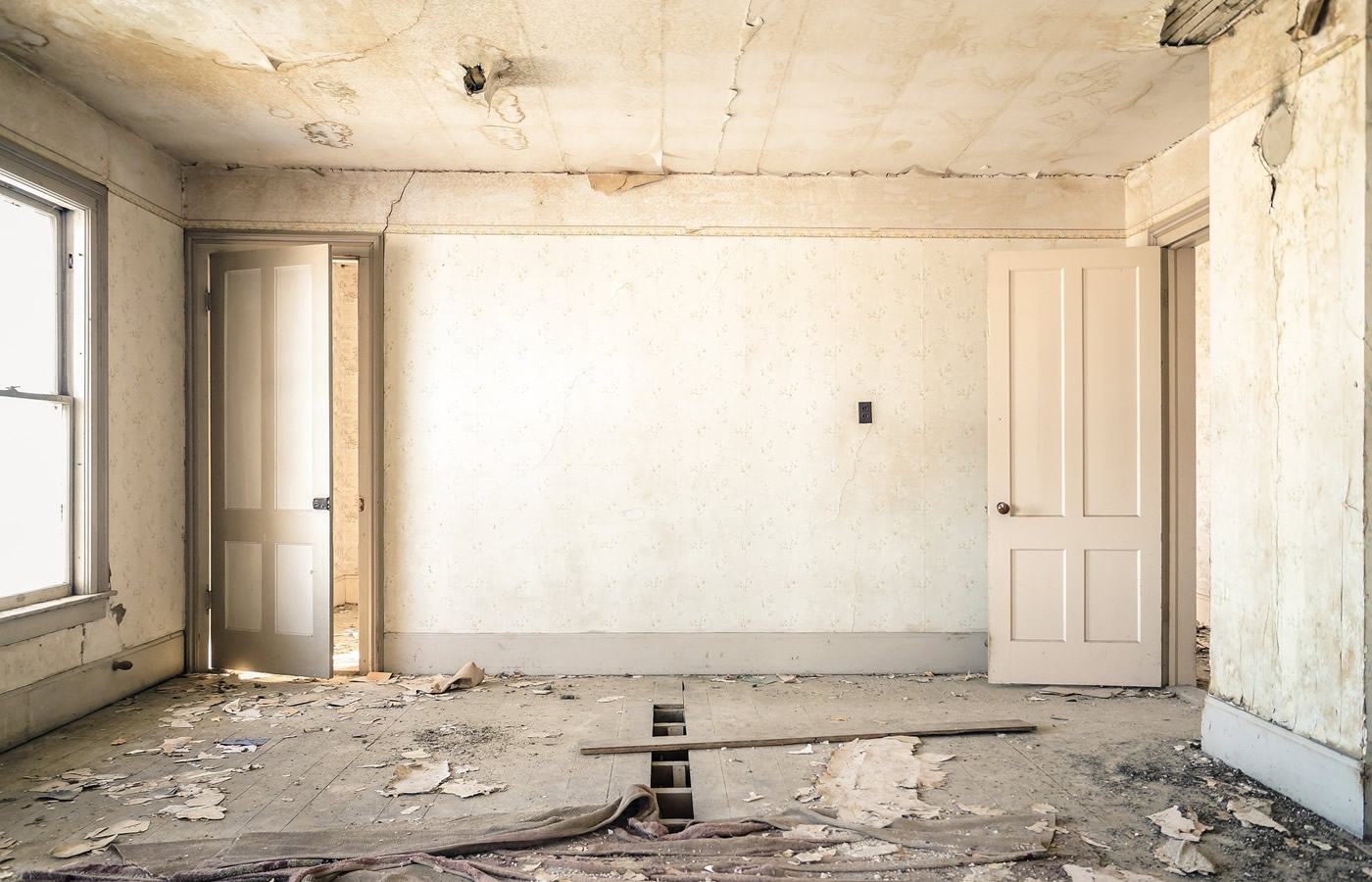 Then we will no longer be infants, tossed back and forth by the waves, and blown here and there … (Ephesians 4:14)

Church is the only place on earth where people can throw hissy fits and get away with it.  (a friend serving his first church after seminary)

I told my minister friend I was sorry he had to learn this dirty little secret about church life.

I asked for his story. He had two.

A church member attending his class complained because she could not find her workbook. The pastor told her he had borrowed it for another class, and she was welcome to use his. She said, “Okay. I’ll go home then.” And she stalked out.

The minister said, “Would she have done that at work? At the doctor’s office? I think not.” But she had no problem with putting her immaturity on full display at church.

On another day, a man stormed out of a church leadership meeting because his idea for a fundraiser had been rejected. My friend said, “Would he have done that in a college class?  At work? At home? At the store even?”

He would not have. And this guy was a church leader!

My friend said, “Situations like these used to keep me up at night. By God’s grace, they don’t any longer.”

I’m sad he had to learn this reality about church life; I’m glad he’s sleeping at night.

A couple of random comments come to mind.

The only way Noah could stand the stink inside the ark was the storm outside.

That the church still exists, with all its human flaws, is proof aplenty of the grace and mercy of God.

Immature believers abound, and that’s all right. Babies must complete all stages of development before they achieve maturity. But we should never put an infant in a place of leadership. Leaders must be adults in the faith if they are to be role models and examples to those coming after.

Leaders who storm out of a meeting because they did not get their way have just done the church a favor. They have identified themselves as unqualified to lead, as surely as if they had hung a sign around their neck.

We are better off without such people representing God’s Church and making critical decisions. (On the other hand, if one who stormed out comes back and apologizes before the entire group, that is a sign of a growing maturity and he or she should be given every encouragement.)

Here are seven “wrong ideas” the spiritually immature – those given to “hissy fits,” as my friend put it – have about the Lord’s work …

1) They see the church as a human institution belonging to them.

“We can do anything we want to. It’s our church.  My daddy helped start this church.” Or paid for that pew. Or built that shed.

They do not see the church as holy and belonging to Christ (Matthew 16:18).

They are in for a rude awakening when they appear before Jesus one day.

2) They see the pastors as their employees, there to do their bidding, and accountable to them.

“We hired him; we can fire him.” “If we are unhappy with him, then he has lost his effectiveness and needs to be replaced.”

They do not believe that God sends pastors to churches and installs them as the overseers of His flock (Acts 20:28 and I Peter 5:2).

3) They see God’s work as something the professionals do and their roles as volunteers only when it’s convenient and easy.

“We hired him to increase the attendance.” “It’s his job to visit the sick and reach the lost; that’s why we pay him.”

They do not see that the command to be light and salt, to take the Gospel to the ends of the earth, was given to the entire Church, not just the apostles.

4) They see their contributions (money, service, teaching, prayer, etc.) as voluntary and not required.

“If I give my money, I expect it to be done the way I want it to do.” “I’m not giving my money there anymore; I don’t like what the pastor is doing.”

They do not see themselves as under Heaven’s mandate and fully accountable to the living God.

5) They see their church’s reputation in the community as irrelevant and unity as beside the point.

“We’re Baptists. Where you find two, you’ll have three opinions.” “I’ve been here the longest; I deserve to be heard.” “If the community sees our church as divisive, that’s their problem and they don’t have to come.”

They do not get John 17:21 where our Lord prayed for unity among His people “that the world may believe that Thou hast sent Me.” When the church is divided, the community wants none of what it has to offer, and the Kingdom of God suffers.

Such people are in for a rude awakening when they stand before Jesus one day.

6) They see their childish behavior as no one’s business but their own.

“I’m not responsible for what others think of me.” “If people make decisions about Jesus based on how I act, well that’s just their problem.” “God knows my heart.”

They do not get Matthew 5:16 where Jesus commanded us to let our light so shine before men that they might see our good works and glorify our Father who is in Heaven. A great deal depends on my faithfulness.

7) They see themselves as the center of their own universe and think everything revolves around them.

“God wants me happy. I heard a television preacher say that and I believe it.” “If I’m not getting anything out of the sermon, it’s the preacher’s fault.”

They do not see that Jesus Christ is the center of everything, and that worship is a matter of “giving to Him the glory due His name.” By worshiping Him rightly, they will get a lot from a service; however, if they go into the service to “get something,” they will receive nothing from it. It’s a matter of focus.

Count this as a call for maturity in leadership and discipleship of the membership.

Pastors should preach constantly that the commands of the New Testament were given to the full Church and not just the disciples, and that we shall all stand before the Lord and give account of our faithfulness on that day.

They asked a well-known preacher of a past generation, “What is the most important thing we need to get across to the people of God today?”  He answered immediately: “Our accountability to God.”

Why do you look down on your brother? For we shall all stand before God’s judgment seat. It is written “As surely as I live,” says the Lord, “every knee will bow before Me; every tongue will confess to God.” So then, each of us will give an account of himself to God. (Romans 14:10-12).

From time to time, if we stay in the Lord’s church long enough, each one of us will receive a disappointment from not getting something we had our heart set on. We will be denied some program or event or facility that was dear to us. Nothing tells the story about our maturity like the way we handle our disappointment.

Let us grow up into maturity.  Let us be strong in the Lord and thus be able to help others coming behind us.

Joe McKeeverhttp://joemckeever.com/wp/
A native of Alabama and the son of a coal miner, Joe McKeever has been saved more than 60 years, been preaching the gospel of Jesus Christ more than 50 years, and has been writing and cartooning for religious publications more than 40 years. He put in 42 years pastoring six Southern Baptist Churches (most recently the First Baptist Church of Kenner,LA), followed by 5 years as director of missions for the SBC churches of metro New Orleans. He was the DOM when Katrina blew through the Gulf South and the resultant flooding devastated the City of New Orleans and destroyed so many neighborhoods and churches. Joe says, “When Katrina hit, I was 25 years old and had black hair.” (He aged quickly.) Since 2009, Joe has been involved in a “retirement” ministry and is always on the road preaching somewhere. He draws a daily cartoon for the Baptist Press (www.bpnews.net/cartoons), writes a series on “My Favorite Deacon” for Lifeway’s Deacon Magazine, blogs daily for church leaders at www.joemckeever.com, and has published a number of cartoon books. Joe is the father of 3 children and has 8 grandchildren. He was widowed in January 2015. His life verse is Job 4:4, “Your words have stood men on their feet.”