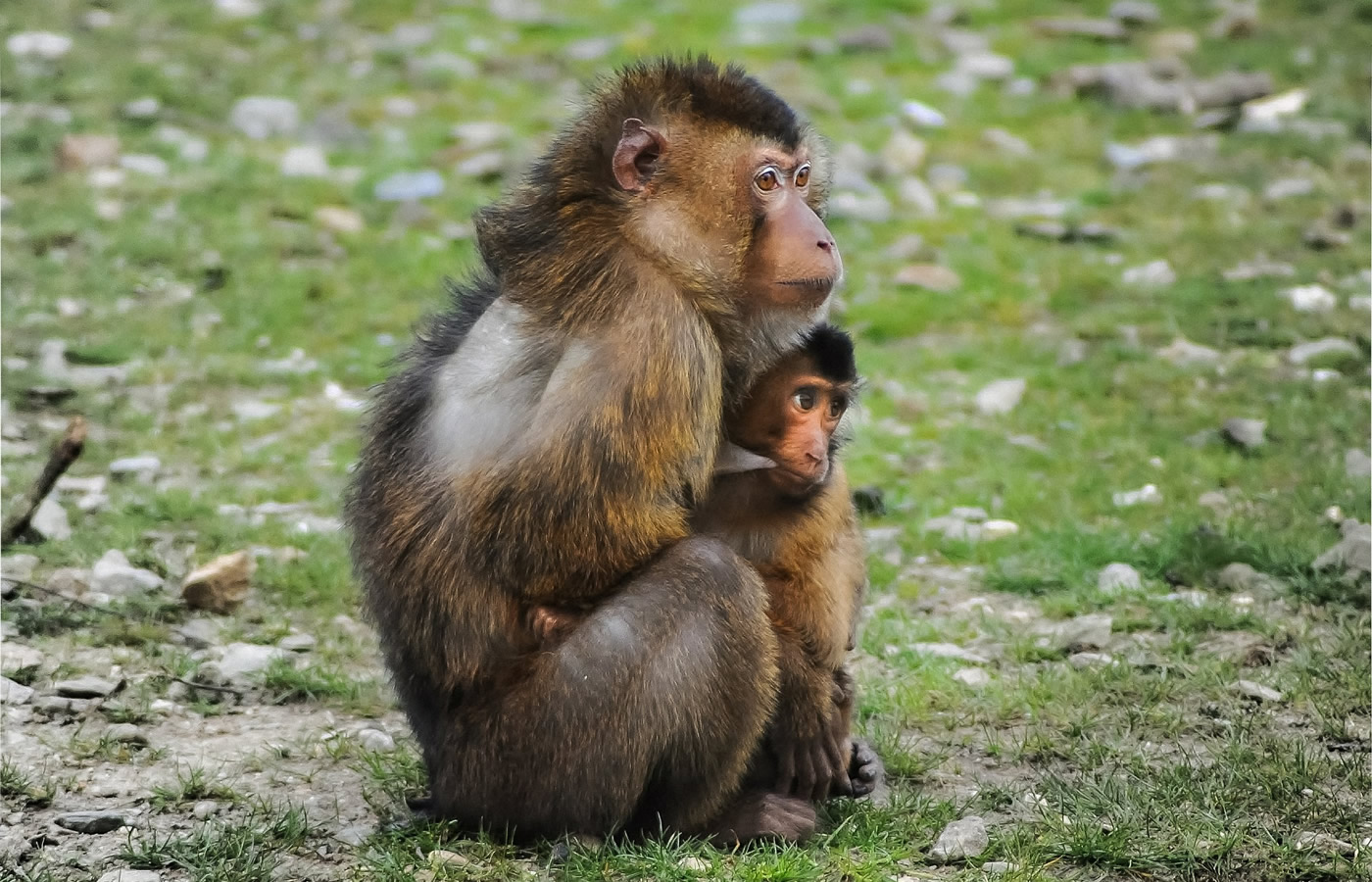 Frustration and fear feature strongly in change processes. Churches and Christian NGOs are no exception in my experience. Not surprising I suppose, given they are staffed by humans, not angels. But left undealt with, frustration and fear give rise to mistrust and effectively block efforts at change. It may not be as extreme as one consultancy I was involved in, where different members of an evangelical fellowship were burning down each others’ churches. But if we are to facilitate change in church organizations we need to address the deep and painful issues that exist, though often under the surface. Fear and mistrust can paralyze inspiring visions and agreed action plans.

Are you, like me, often disappointed by the lack of change after your OD (Organizational Development) work with churches?

I often wonder if I am trying to change churches and Christian organizations with the wrong tools. Einstein said, “You can never solve a problem on the level on which it was created.” In the February and March letters we were describing the challenges of OD in church cultures. How culture, more than theology, often inhibits change. We try to change culture with brute logic and usually fail. We ignore the fact that people’s behavior is shaped by much more than reason. But our actions are profoundly influenced by our emotions, our fears and frustrations, and by our spirits too. So in order to facilitate change effectively, we have to engage at an emotional and spiritual level too. As the management writer Charles Handy said: “It may sound odd for a professor of business to say this, but I reckon that our organizations could do with a deal more loving, a bit more forgiveness and a lot more faith in other people. Such things, however, in organizations are only possible if we feel we are in the grip of something bigger than ourselves.” (1991:78)

Getting to grips with the underlying emotional and even spiritual issues is incredibly difficult and sensitive. The timing is not always right: people may not be ready. But it is important in our work to explore whether frustration and fear are inhibiting change. If so, we need to try to surface and manage these in ways that rebuild trust and encourage reconciliation. In this paper I describe two processes (facing fears and taking personal responsibility) that I have often found useful for promoting this. There are many others. We need the skills, confidence and courage to take our OD work with churches to a deeper level.

But what about you? How do you do it? What exercises have you found useful?

Fear is something that frequently pervades any organizational change process. As Dorothy Marcic points out: “Fear is one of the greatest diseases of mankind and it is rampant in organizations and group decision-making processes.” (1997:110) No wonder the Bible says: “Do not fear” 365 times – one for every day of the year. Although I am often tempted to ignore fear, it is better if we acknowledge it at least and pray through these fears. Otherwise these fears remain at the front of people’s minds and block people from thinking positively and creatively.
The simplest way of acknowledging fears is just to ask people about them and pray for them. In one recent OD process with a family of European Christian NGOs we just asked them as they looked ahead to a global change process to note down on cards two things they feared (and two things they hoped for). We put them on a wall, ensured that we understood them and grouped them. We decided an appropriate process and forum for discussing and dealing with these fears, as the relevant people were not present. We then asked someone to come and pray through each fear. We left our fears with God and people were able to move on.

In another OD process, the umbrella church organization was firmly stuck. It had been talking about shifting its strategy from implementation of projects to facilitation of church members for the last three years, but with no discernible change. Fine intentions remained at the level of rhetoric. People were clearly held back by their fears, but were unwilling to change. Using the Exodus story, I asked staff and leadership to imagine they were the Israelites in the wilderness who 18 months after leaving Egypt were looking into the Promised Land. What were the giants that they saw? It was like a dam was broken and suddenly all their fears poured out onto pages and pages of flip chart. This helped unblock the situation allowing people the space to let go of their fears and move forward.

Acknowledging fears can unblock a situation, but in and of itself does not catalyze change. My experience (and theology) tells me that change occurs when people take personal responsibility for a situation. In religious language this might be called repentance. The first time I noticed the importance of repentance in change was during the action planning session of a training course for OD practitioners working in Sudan. Instead of outlining their action commitments, they first, very personally and powerfully, described to the group how they had been behaving before and how this had been detrimental to their performance. It was only after this past behavior had been identified and articulated that participants were able to move on to their plans and describe how they wished to act in the future.

As we saw last month in the Ethiopia story from the Churches in Development booklet, we have to accept our errors and let go of past ways of behaving to change fundamentally. This needs to be quite a personal process and is therefore often painful. As facilitators we need to allow people to feel the pain and resist the temptation to make things better too soon. We often avoid or skip through this letting go (repentance) stage of organizational change because it is so uncomfortable. But by doing so we may miss out on the power needed for change. The flip side of this pain is what will energize change. We reduce our plans for change to the level of mere New Years’ resolutions.

We know from theology that there is a spiritual aspect to individual change. But for some the word repentance is off-putting. It closes doors. More accurate is the Greek term metanoia which goes beyond the traditional use of the English word “repent.” Yes it describes the penitence, sorrow element, but also embodies the hopeful, positive element of grace, healing and forgiveness that results. Whatever we choose to call it, this process of intentionally turning away from past behavior is a core part of a Christian’s understanding of individual change. It is the same for organizational change in churches. It is the same for societal, national, and international change because organizations and societies are made up of people.

How do you bring repentance into your work? What do you call it?

How Do We Facilitate This in Practice?

In my OD work, I have found one key question incredibly useful for getting people to take personal responsibility. I often ask people to answer:

“How have I contributed to this situation?”

I used this in that situation where members were burning down each others’ churches; with the largest Christian NGO in the UK after an abortive planning process; in a recent event about pan-European cooperation, where sister Christian groups had a history of working independently. The basic process that I have often adapted and used for this involves:

I hope this paper has encouraged you to go deeper in your OD work. These are just a couple of examples of some of my favorite exercises. Certainly not a blueprint to follow.

How do you take churches deeper?

Timing is key. Change does not happen when we command it. People and churches still have free will to remain as they are. They may not be ready for the truth that is needed before reconciliation. It can also be a long process. Where trust has been lost, it takes time to gradually earn it back. Your input may be only a small step on a long journey.

Language is also important. While I firmly believe in repentance in any fundamental organizational change, I know many people who are put off by such words. It can block them from changing. Certainly if we are using such approaches in secular organizations (and my limited experience indicates that it is both important and still possible) then we have to avoid using any religious jargon. But even with Christian groups, we may need different words.

But the principle of going deeper and making it personal remains. I believe we are all created to function at an emotional and spiritual level. Therefore to be good facilitators of change in churches and also secular organizations we need to address both the human and the spiritual dimensions to change. Let’s keep experimenting and learning about “how” we do this.

Rick Jameshttp://developingchurches.ning.com/
Dr. Rick James is an organizational change specialist with more than 25 years’ experience consulting with over 100 NGOs (Non-Governmental Organization), mission agencies, churches and government aid departments. He worked for ten years in Malawi and four years in Latin America. He has a Ph.D. in OD (Organizational Development) and leadership development in Africa from CASS Business School, London. His most recent books include: Leading with Courage and Humility; Inspiring Change and Capacity Building for NGOs: Making it Work. Rick has facilitated the OD and Christian Organization Learning group http://developingchurches.ning.com/ since its inception in 2008.