6 Tensions of Life in a Small Ministry 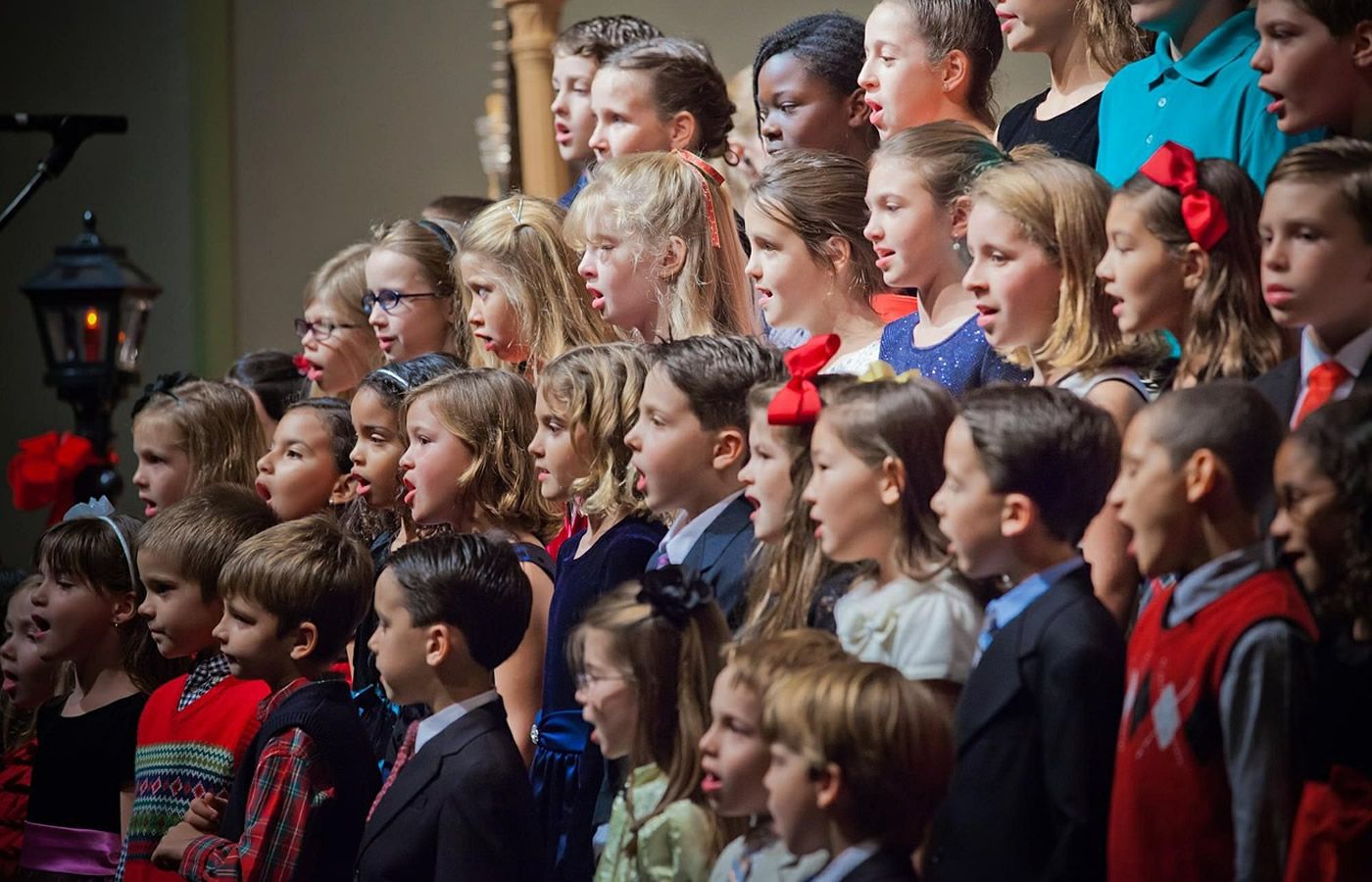 Some people thrive on tension.

They lean in.
They put their heads down.
They go to work with renewed focus.

I’m not one of those people.

If you serve in a small church, you understand tension. You can’t get away from it. Truthfully, ministry anywhere comes with tension regardless of the size of your church. But the tensions in a small church are unique and are worth a fresh look.

Three of the following tensions reflect ministry realities: tensions that affect how you do ministry.

Three others are personal realities: tensions that affect how you feel about leadership, your gifts, and your legacy. In many ways, the ministry tensions pass. You learn to live with them.

But the tensions below can break you.
They can invite doubt and fear.
They can make you want to quit.

This one seems inescapable. Here’s how this goes: You hear about a great new program. It’s biblical. It’s got a great scope and sequence. It even looks cool. But . . . it costs. Running this resource well requires money, people, and space you simply don’t have.

So you reluctantly settle into something else.

Something less than what you really wanted.

A curriculum, event, or idea that seems like a pale version of what you dreamed of.

Bam! There’s the tension: The tension between quality and availability. You want something great. But everything great seems like it was built for a large church. If only there were something meant for you.

A similar tension hits when we think about programs. You’ve seen how other churches build their ministry calendars out months in advance. They advertise, build momentum, and execute. You’d love to handle programming that way, but you only have twenty kids – eight are in the same family.

I spent an early season of ministry church planting. And I felt this tension big time. One spring, I was ready to launch a new series for our small youth group. I had planned. I had pushed. I had made announcements, called parents, revved up …. Then the night of our big “launch,” only two kids showed up. Two. Family travel, sickness, and other realities outside of my control killed the momentum I had spent weeks trying to build.

You could hear the beating inside my fragile, seminary-student-youth-pastor heart.

The tension in small church programming is between strategy and agility. And it’s not an easy line to walk.

Change is hard in any church. But the tension in the small church usually isn’t about the change itself. The tension is around the posture and pace of that change.

The story goes that a wise pastor wanted to change the piano’s position in the sanctuary. The worship leader currently sat with her back to the congregation – as it had been for decades. The pastor thought it would be better if the congregation could see her face as she led.

When the pastor asked the worship leader, she was concerned that the change might ruffle the feathers of those in the congregation – particularly those in the front row, citing the oft-repeated phrase “… this is how we’ve always done it.”

The pastor, being wise, asked “Okay. What if we rotated the piano gradually? One degree each week?”

“But pastor,” she said, “at that rate it’ll take all year to make that happen.”

The tension of change in the small church is between innovation and patience. Innovation will serve for a season. But patience reigns with time. Patience is a rare gift. Most of us don’t naturally have it or spend the necessary time to cultivate it.

This tension is a tension about boundaries vs. intimacy. Here’s what I mean:

A friend of mine used to pastor a church in the Sandhills of Nebraska. If you don’t know where that is, you’re not alone. Being a city guy, he didn’t understand the tension of boundaries vs. intimacy until one day it smacked him in the face.

During his early weeks at his new church, he decided to visit some of the congregational leaders. In northwest Nebraska, where towns are 90 miles apart, this takes a certain level of commitment. He decided to stop by to visit Tim, a deacon in the church. Tim lived 40 miles away. On a ranch. Not a neighbor in sight.

Pulling into Tim’s driveway, the pastor noticed that no one was home. He knocked on the door, but to no avail. “Oh well,” he thought. “I’ll catch up with him later.”

When the pastor got home, he was surprised to find a message waiting for him on his answering machine (remember those?). The message was from Tim. Returning Tim’s call, curiosity got the best of him. He asked: “Tim – if you don’t mind – how did you know I stopped by? I didn’t leave a note and your neighbor is five miles down the road.”

“I noticed your tire tracks from your car in my driveway.”

Bam! The pastor who had been used to boundaries in his urban environment was now faced with the intimacy that comes with serving in a small church. Things you thought were private are now known facts. Boundaries evaporate. Intimacy is there whether you asked for it or not.

Everyone wants to be a visionary these days. Personally, vision is highly overrated. At least it’s grossly misapplied.

We’re told that leadership starts with vision. Our ability to see what’s down the road – a preferred future – a better reality. It’s our ability to execute that vision that builds influence in a church.

At least that’s what we’re told.
But I’m learning that influence doesn’t really work like that.

Trust is built on the 3T’s: team, time, and transparency. Building these postures into your ministry will eventually bring lasting influence. Over time. Later. When it’s earned. Long after you’d probably like it. But once this kind of trust is built, it usually has staying power.

Give me earned trust over a dynamic vision any day of the week.

You want to do stuff that matters.

I used to have a really hard time going to pastor’s conferences. They kind of became a brag session. And, being in a small church at the time, I always felt like I had to bashfully bow the knee to men and women who had accomplished something great. I was just a baby. My church was just a baby church. One day – maybe one day – I’ll be a real pastor.

That kind of thinking can be poisonous to our souls.

In the small church, significance isn’t about size or scope.
It’s about saturation.

How well does your flock know you?
How well do you know them?
Are you fully present with them?
When have you wept, laughed, prayed, grieved, rejoiced with them?
Do they feel like you’re their pastor; leading them, supporting them?

Someone once said (this quote has actually been attributed to everyone from Teddy Roosevelt to Bob Dylan) that “Comparison is the thief of joy.” Spot on.

When it comes to leadership in the small church, you can’t alleviate tension. It’ll probably always be there. But here’s one idea that will help you manage it effectively:

God will never expect your church to be anything other than a more Christlike version of itself.

Be faithful to where God has called you.
Hunker down.
Be present.

Brannon Marshall
Brannon is the Director of Church Engagement for Awana International where he leads strategy on helping churches to develop healthy children and youth ministries. Brannon’s diverse ministry experience gives him insight into church dynamics and principles for ministry health.

Questions Every Leader Should Be Asking

These ten questions have emerged from conversations with a myriad of leaders. I use them as I coach leaders and listen to friends. I utilize them to navigate my own life and leadership.
Read more
Community

Questions can be a way to improve the health on a team. And, sometimes even improve an unhealthy team member. It’s all in picking the right questions. And, asking them.
Read more
Competencies

While it may not be easy, leaders need to get clear about what is life-giving for them, and then they need to prioritize this on their calendars. Pause for a minute and think of a job-related activity that is life-giving.
Read more