Delegating Upward: Why We Should Not Let It Happen 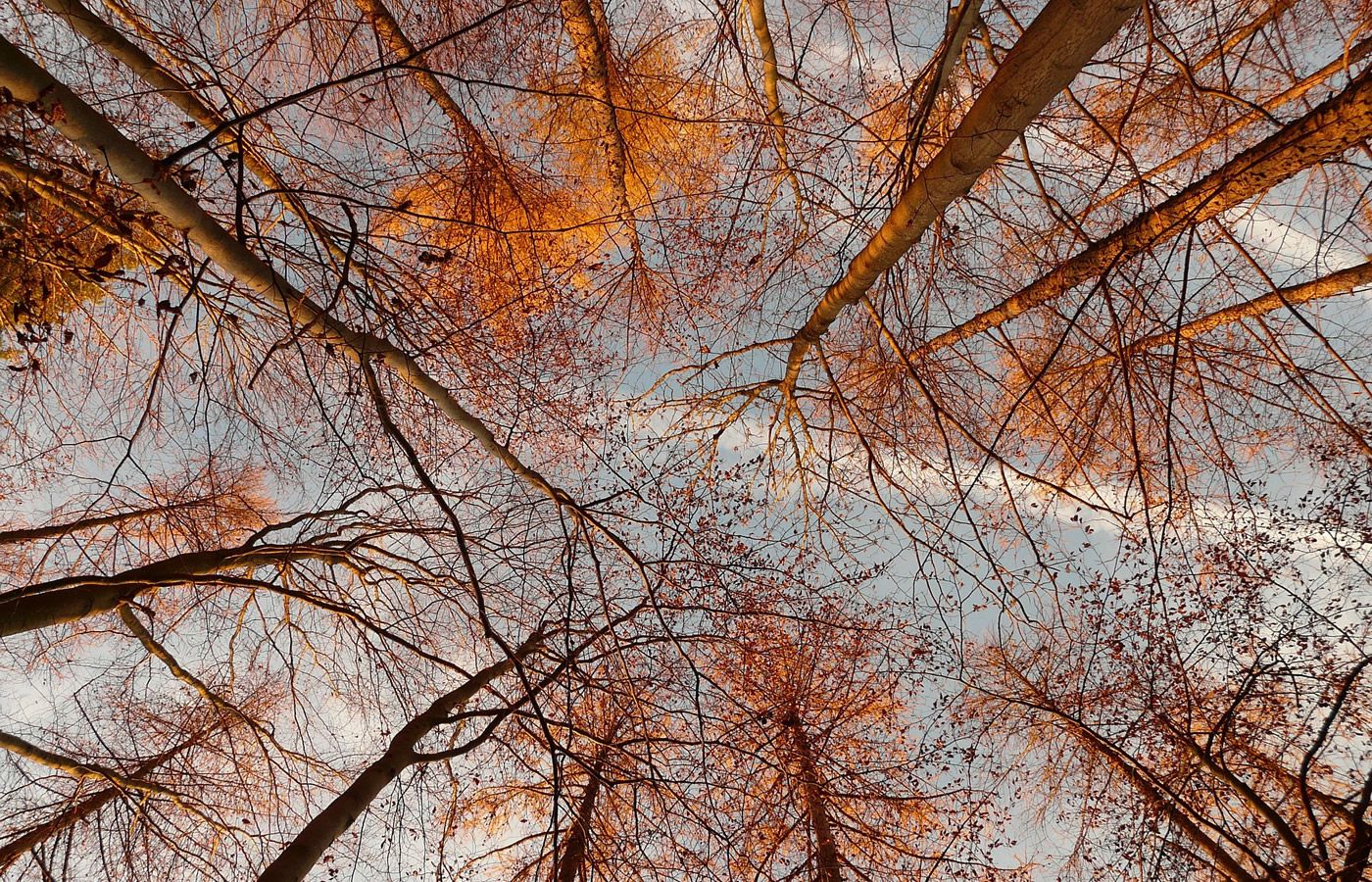 Sometimes when we say “He must increase; I must decrease,” it’s not Jesus we’re referring to, but a brother or sister of ours.

Early in my seminary pastorate, I looked around for quick ways to make a difference in our little bayou church.  Since I had been a secretary for several years and typing and running printing machines were second nature to me, I decided the church bulletin would receive my attention.

I asked Mrs. Porter, the lovely senior lady who had the weekly responsibility of gathering the information, typing it into the form, and printing it as a hand-out bulletin for Sunday services, if I could take it over.  To her credit, she was not offended, but delighted to get rid of that task. (She had plenty of other responsibilities. As I say, it was a small church.)

The bulletin I produced was sharper than hers.  The typing was clearer, the English was classier, and the overall appearance was better.

I had made a serious mistake.

The pastor should never take a ministry from some church member.  His role is to enable them to do it better and to see their work as service for the Lord Jesus Himself.

It’s called delegating upwardly when the boss/supervisor/whoever takes a responsibility from an employee/member/whoever and does it himself.

It’s a failure in leadership.

Some church members are glad to get rid of that job, to be sure.  If the preacher wants to do this, good for him!  And, then again, some are offended that they’re being asked to relinquish this work which means a lot to them.

You are never quite sure … until you do it.

Barnabas encouraged the fledgling disciple, the former Saul of Tarsus, when he arrived in Jerusalem preaching this new gospel.  Then, when Saul had to be slipped out of town ahead of the enemies he had riled (Acts 9), Barnabas never forgot him.  Sometime later – we’re not sure whether we’re talking about months or a few years – when revival broke out among the Gentiles of Syrian Antioch, Barnabas remembered that Saul had been called by the Lord specifically as an evangelist to Gentiles.  Acts 11:25 is one of the great sentences in the history of this small planet. “Then Barnabas departed for Tarsus to search for Saul.”

Matching a call with the field is a great ministry.

In Antioch, Saul found his calling.  The man with the call was joined with the need of the hour, and Saul blossomed.  Acts 13:1 says Barnabas and Saul were among the “prophets and teachers” in that church.  Then, the next verse says the Holy Spirit instructed the church to set aside “Barnabas and Saul for the work that I have called them to” (Acts 13:2).

They were the first missionaries.  (The first that we know of, at any rate.)

Here’s where it gets interesting.

Barnabas, a native of Cyprus, set the direction for their work.  Off to Cyprus they went, and while there, Saul was thrust into a situation for which the Holy Spirit had been preparing him.  As he preached the gospel of Jesus there and afterward in Asia Minor, the Spirit was moving Paul to the forefront.  Acts 13:13 calls the group “Paul and his companions” and by 13:43 they are “Paul and Barnabas.”

The amazing thing is that apparently that was fine with him.

Clearly, Barnabas was a wonderful man.

On the second missionary trip, Barnabas takes John Mark and heads back to Cyprus (he can’t get these people off his heart!) while Paul goes with Silas back toward Asia Minor and from there into Macedonia and Greece.

At no point do we see Barnabas insisting that Paul return to the secondary role, crawl back into the womb, and resume his status as an underling.

The Lord has sent His children into the world as disciple-makers (Matthew 28:18-20).

Disciples are learners.  Disciple-making is about teaching. Teaching is hard, laborious work.

You struggle to get something across, then remove yourself from the scene while the pupil tries it.  You return and help them pick up the pieces and clean up the mess.  You talk it over with them, then repeat the lesson, and once again, let them try it. Eventually, they get it right and then become instructors themselves.

It’s how you learned.

“After this, the Lord appointed 70 others, and He sent them ahead of Him in pairs to every town and place where He Himself was about to go” (Luke 10:1).

To teach is to empower.

To empower is to entrust.

To teach and empower is to multiply your effectiveness, build disciples, and spread the gospel in ways you could never do alone.

You’d rather have that church bulletin looking perfect than to encourage Mrs. Porter.

Showing her how to produce a better hand-out and staying with her until she “gets it” is more difficult than doing it myself.  But in the long run, it’s infinitely more rewarding.

When the church clerk consistently made errors (omissions, mistakes) in her record-keeping, the pastor and chairman of elders agreed to replace her.  Unable to find a suitable substitute, they decided the pastor would assume the role of the church clerk.  Something about this did not feel right.

It shouldn’t feel right because it’s all wrong.

The pastor will want to help the clerk do a better job, not take over her responsibilities.  If he visits with her three times, let’s say, to counsel her about her work, and she finally figures it out, he has blessed her life and the work of the church for years to come.  If he becomes the church clerk, he discourages that woman and burdens himself with one more unnecessary job someone else could take from him.

Some tasks are easier to do yourself, but where’s the fun in that?  The fun – really, the sheer delight – is seeing someone else learn to handle a Kingdom responsibility and bless the Lord.

Joe McKeeverhttp://joemckeever.com/wp/
A native of Alabama and the son of a coal miner, Joe McKeever has been saved more than 60 years, been preaching the gospel of Jesus Christ more than 50 years, and has been writing and cartooning for religious publications more than 40 years. He put in 42 years pastoring six Southern Baptist Churches (most recently the First Baptist Church of Kenner,LA), followed by 5 years as director of missions for the SBC churches of metro New Orleans. He was the DOM when Katrina blew through the Gulf South and the resultant flooding devastated the City of New Orleans and destroyed so many neighborhoods and churches. Joe says, “When Katrina hit, I was 25 years old and had black hair.” (He aged quickly.) Since 2009, Joe has been involved in a “retirement” ministry and is always on the road preaching somewhere. He draws a daily cartoon for the Baptist Press (www.bpnews.net/cartoons), writes a series on “My Favorite Deacon” for Lifeway’s Deacon Magazine, blogs daily for church leaders at www.joemckeever.com, and has published a number of cartoon books. Joe is the father of 3 children and has 8 grandchildren. He was widowed in January 2015. His life verse is Job 4:4, “Your words have stood men on their feet.”

Leaders Are Built Through Fire

A New Opportunity for Senior Leadership

A great alternative for older pastors is the ministry once known as “interim pastorate.” Whatever you call this position, the interim pastorate isn’t what it used to be. Increasing numbers of interim or transitional pastors are now deliberately using the “in between time” in churches as a great opportunity to bring about congregational revitalization.
Read more
Building Leaders

The Centrality of the Church in God’s Purpose

Jesus’ purpose is to build His Church. That must be our purpose: to work in the building of His Church.
Read more